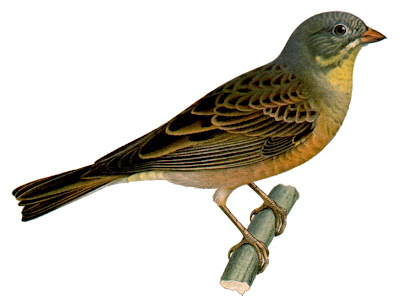 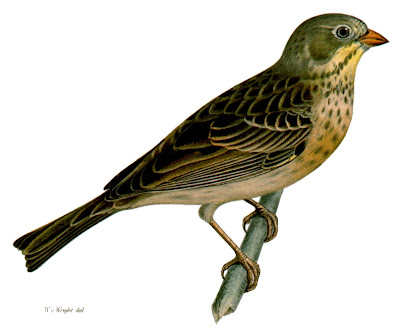 traveled to minneapolis this weekend to shoot with my friend eric anderson. he is head chef at an excellent restaurant called sea change. more on the why, what, and direction of this project later... on eric's hand is a tattoo of an ortolan. i had never heard of this tiny bird who's popular name is given by the french. these creatures have a special, and uniquely gruesome, place in france's gastronomy.

ortolans would be netted in large numbers, and overfed by disrupting the bird's feeding schedules. they would be kept in artificially darkened and lit rooms. millet and oats were traditionally used to fatten the birds.

"For centuries, a rite of passage for French gourmets has been the eating of the Ortolan. These tiny birds—captured alive, force-fed, then drowned in Armagnac—were roasted whole and eaten that way, bones and all, while the diner draped his head with a linen napkin to preserve the precious aromas and, some believe, to hide from God." 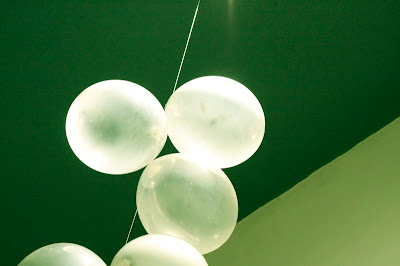 my new personal site is currently up and running in a not so completed form. i'm still working some bugs out, adding videos, changing shit no one but myself will notice, etc... but if you care to check it out it's here. within the next week (or so) samueljmacon.com will drive straight there instead of to this blog. then i can really start contributing some mental diarrhea in blog form.
Posted by SAMUEL J MACON at 2:03 PM No comments: 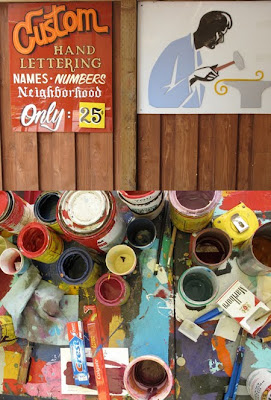 my dear friend faythe levine and i have begun work on a new feature length documentary on the art and craft of hand painted signs/signage. i am beyond excited to examine this time tested method of visual communication... one that blurs lines between aesthetics and information, art and advertising, gallery and streets.
please keep an eye on the project here.
Posted by SAMUEL J MACON at 3:40 PM No comments: