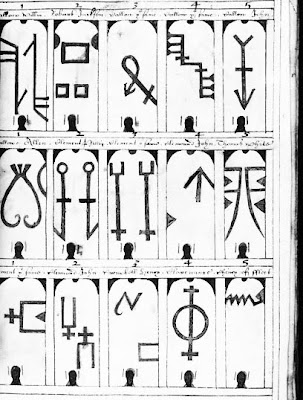 in twelfth century britain swans were hunted and eaten to the point of near extinction. these birds were seen as a delicacy not to be wasted on the likes of commoners. laws were enacted forbidding anyone to kill swans without direct permission from the crown.

"the privileged few who were allowed to breed and own swans were granted a "swan mark," the oldest of which dates to 1230." -christopher turner

these marks were cut into the swan's beaks with sharp knives. as the birds matured their black beaks would turn orange, and the markings - sometimes referred to as cigninota - would become even more pronounced.

"swans remain a royally protected species: the maximum penalty for killing a swan is a 5,000 pound fine and/or six months in prison. the last person to be prosecuted for this crime was a welsh muslim, shamshu miah. in 2006, he chose to break his ramadan fast with a feast of swan. he stabbed one by a boating pond with a knife and was caught carrying it home in a plastic bag."i was so hungry," he told police, adding, " i hate the queen." He received a two-month prison sentence." - christopher turner

thanks to my friend faythe for sharing christopher turner's fascinating article in the most recent issue of cabinet. look for these images to show up in an upcoming video i will be shooting for the excellent band from the west sleepy sun.
Posted by SAMUEL J MACON at 11:42 AM